In the first century AD, the device for automatically selling holy water made by the Greek Hiro was the earliest vending machine in the world. In 1925, the United States developed a vending machine for selling cigarettes. Since then, various modern vending machines for selling stamps and tickets have appeared. The types, structures, and functions of modern vending machines vary according to the items sold. They mainly include vending machines such as candy, drinks, and newspapers. A general vending machine is composed of a coin device, an indicating device, a storage vending device, and so on. The coin device is the core of the vending machine. Its main function is to confirm the authenticity of the coin, sort the type of coin, and calculate the amount. If the amount invested reaches the value of the purchased item, a sell signal will be sent and the remaining money will be found. The indicating device is used to indicate the product type selected by the customer. The storage and vending device stores the commodities receive the selling instruction signal and delivers the commodities selected by the customer to the delivery port. The coin device of a general vending machine is composed of a coin slot, a sorting device, an inspection device for confirming the authenticity of the coin, a calculating device for calculating the amount, and a money finding device. Since the 1970s, there have been various new vending machines controlled by microcomputers and larger-scale unmanned vending systems that use credit cards instead of coins and connected to computers, such as unmanned shopping malls, automatic ticketing, and ticket checking systems at stations, Bank's automatic cash payment machine, etc.

Vending machines are a brand-new form of commercial retail, which developed from Japan, Europe and America in the 1970s. It is also known as a 24-hour micro supermarket. In Japan, 70% of canned drinks are sold through vending machines. The world-renowned beverage company Coca-Cola has 500,000 beverage vending machines all over the world.

There are 5.5 million vending machines (according to statistics in 1998) throughout Japan, with sales of 689,948,870,000 yen, ranking first in the world. Operate on the display screen of the vending machine, enter the product number and purchase quantity, and put in coins, the product will come out of the pick-up port, and even hot noodles and rice balls can be bought from the food vending machine. Although the total number of vending machines in Japan is lower than that in the United States (according to statistics in 1997, it was 6.89 million), it is the highest in the world in terms of population. The United States has an average of 35 people with one, while Japan has 23. One person has one.

The above is the history of vending machines brought to you. I hope it can help you. GUANGZHOU SQARCADE ELECTRONIC CO., LTD focuses on quality, hard work, reputation, professional manufacturing, brand sales, satisfactory service, and perfect service, to provide customers with high-quality products and services. Welcome everyone to consult and communicate! 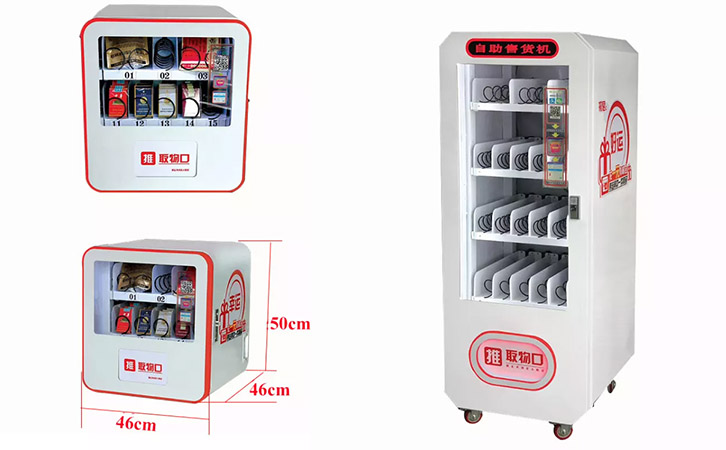